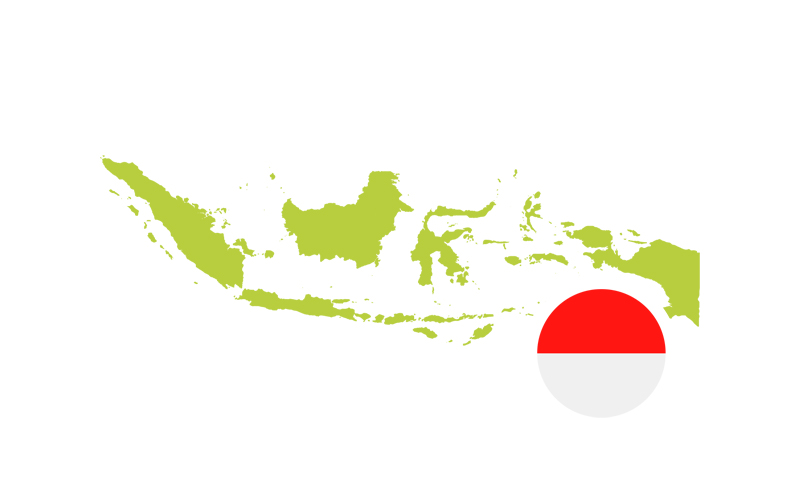 Indonesia is the second country in the world where most plastic waste is mismanaged, ending up in the environment: soils, rivers and oceans. In order to fight plastic pollution, the government encouraged by international agencies has started programs to reduce, reuse, recycle, refurbish and renew plastic products. In this context, several companies saw an opportunity for the introduction of biobased, biodegradable or water soluble polymers to replace conventional plastics. Cassava starch based plastic films are produced and marketed in Indonesia to fight plastic pollution. Sago starch could replace cassava starch in film formulations. From an environmental and economical perspective sago starch offers clear benefits over cassava starch, since it can help to preserve the peat soils and create new economic opportunities for local farmers in Indonesia. Moreover, currently marketed cassava starch based compounds are not certified according to commonly used biodegradation standards, therefore their benefit for the environment can sometimes be questioned, for example it is unknown if the produced cassava starch containing films can meet the requirements listed in biodegradation certification schemes.

This project will study the feasibility of using sago starch as a raw material for the production of biodegradable plastic films suitable for carrier bags and other similar film applications. This technical feasibility includes a bench market study, a visit to Indonesia, a selection of the most appropriate composition, taking into account the freedom to operate as well as cost and a small proof of principle with the proposed composition. The goal of this project is the development and evaluation of biodegradable sago starch based plastics films.

Overall, the aim is to create a consortium, including contacts from both countries, to path the road map for future product development, both in Indonesia and The Netherlands and to build a network of interested industries for future cooperation to define a sustainable supply chain and viable business model for sago starch plastic materials.

The current consortium is formed by a knowledge institute (WFBR) in the area of market and processing of biodegradable plastics, one Dutch (Greenwoodd Plus) and one Indonesian companies (Springfield Asia) involved in farmers activities related to sago starch, a local toll manufacturer of plastic films (Unison Jaya) and a Dutch bioplastics shop. The project is supported by the Dutch Embassy and the UNEP.