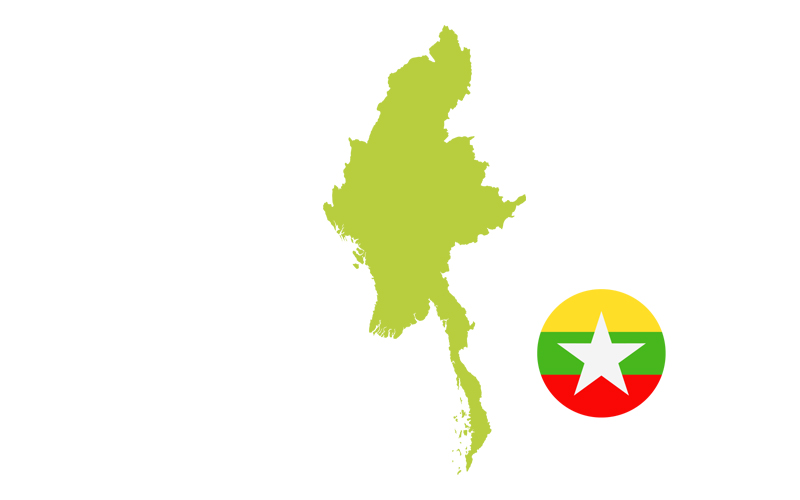 Summary
For Myanmar, with an estimated 54 million inhabitants, potato is a rapidly expanding crop with a current production of 600,000 tons on 40,000 hectares. annum grown on 40,000 ha. The crop is grown as both an important food and cash crop, with a thriving fries and chips industry. Current yields are low at an average of 15 tons/ha. Farm gate prices are around € 180 per ton and the total crop value is estimated at more than € 100 million. Potato is grown year round in four distinct seasons i.e. irrigated spring, early monsoon, late monsoon and winter crop. Main production areas are southern Shan and Magway. Most of the farmers rely on local and old potato varieties. Only three improved varieties of potato are officially released since 2015 (source: Business opportunities report: Investing in Myanmar’s seed sector 2019).

Major problems with potato in Myanmar are varietal mixture as the majority of famers rely on local and old potato varieties and recycling of seed. Further, there is a lack of availability of new improved varieties, as only three improved varieties of potato are officially released in Myanmar. Local potato varieties are affected by bacterial wilt and root knot nematode diseases in the field and tuber moth during storage. In addition, a seed potato multiplication seed system is almost non-existent; hence there is a shortage of quality healthy planting materials for potato growers. All these factors together contribute to high disease pressure and low potato yields.

Import of seed potatoes is expensive due to high port handling costs, paperwork and inland transport. As a result the Dutch seed potato sector has seen declining sales in Myanmar over the period 2016-2018. In recent years the Netherlands has become leading in the development of True Potato Seed varieties (both through diploid and tetraploid breeding techniques). Four companies are currently at the forefront of this revolution: Bejo, HZPC, KWS and Solynta. These companies have recently come to an agreement to jointly work on market access for True Potato Seed (TPS) in developing countries. Especially for a country like Myanmar TPS looks like the perfect solution for the lack of clean planting material and improved varieties; and high transport costs.